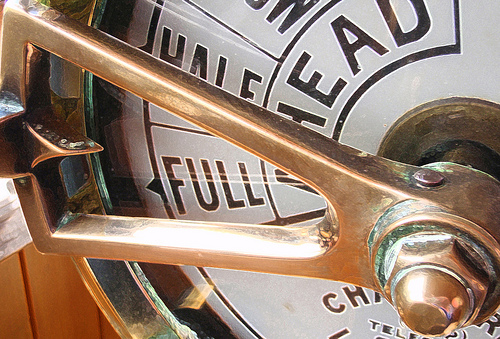 As the year rapidly comes to an end, I’d like to share with you some exciting moments we’ve had within the Compass Team in the past 12 months.  You may know we acquired Compass from Maxima just over a year ago, and my, what a busy year it’s been!  Not that we’re complaining – quite the contrary, as we thrive on being a dynamic team in a growing technology company.  Hence PDMS’ presence in almost every major ferry conference in the UK, Europe, USA and Canada.  This is one of the reasons we have secured some new clients since the acquisition!

The year began with a great start as we launched our new Compass Ferry Reservations, ticketing and fares modelling site - www.ferrysoftware.co.uk!

Scoot Ferries: operate a fairly new passenger ferry service several times a day, on their 41 person capacity ferry from the Isle of Wight.  They chose Compass because it offers them the flexibility a smaller company needs, in addition to being a cost-effective proven solution, used by small and large companies alike, which is imperative for Scoot in its early days.

Bahamas Ferries: have four state-of-the-art ferries, which promise a stress-free and unforgettable travel experience.  They service ten destinations throughout the islands and offer a wide range of services outside passenger and freight business, including excursions, educational programmes and  harbour cruises.  Bahamas Ferries chose to work with us as Compass offered them, not only a value for money  solution which could be implemented easily and quickly, but they also felt they could form a long lasting  partnership with PDMS.

Cat Cocos: in the Seychelles offer daily services, carrying their passengers on a modern fleet of high-speed catamarans, the largest of which carries 475 passengers.  Similarly to Bahamas and Scoot, Compass reservation and ticketing software was chosen by Cat Cocos because of its efficiency savings and improved customer service delivery, coupled with an ongoing level of service which would form a solid partnership.

Isle of Man Steam Packet: this year we’ve continued to work on a major new project to replace the Steam Packet’s public facing website and back office reservations system to provide one single and secure platform.  We’ve helped with data migration and provided integration with a variety of other systems.

As mentioned above, we have travelled – or to be more precise, our directors,  David Stickland and Derek Rae have travelled far and wide to raise our profile  in ferry reservation and ticketing, in addition to networking with world market leaders:

Shippax: PDMS attended this conference as official exhibitors, on board P&O’s Pride of Rotterdam, sailing from Rotterdam to Hull.  Shippax promotes itself as ‘probably the biggest most important meeting place in the world for the ferry shipping industry, attracting ferry companies from all over the world’.

Canadian Ferry Owners Association:  David and Derek travelled to Vancouver to meet industry leaders from around the world, and learn and participate in industry-specific workshops.  They were also updated on ferry issues in Canada and how they might affect us here in the UK.

3rd Posidonia Sea Tourism Forum: Again this was a fantastic networking opportunity when they visited Athens during the summer, as this event attracts global market leaders of the industry and provided a platform with opportunities for new investment.

Interferry: is an organisation which facilitates networking and cooperation within the ferry industry and, since its creation in 1976, holds annual conferences in various parts of the world, Copenhagen being the chosen location this year.  PDMS were delighted to be a Silver Sponsor of this event which attracts visitors from over 35 countries.

David will also be attending the Passenger Vessel Association, as an Associate Member, in Washington next month.  The PVA is   dedicated to promoting the interests  and economic well-being of passenger vessel owners and operators. It promises to  provide winning ideas and information aimed at those who not only operate passenger vessel but also those who provide products and services to the industry.

A few months ago, we joined Discover Ferries, who are based in London and represent all of the UK’s major ferry lines, carrying just over 39 million passengers  a year and operating on more than 75 routes from and around the UK.  Since  joining as Associate members, we have attended two conferences, both held in London, and their Christmas party last week, which offered us the chance to network with contacts from some of the leading ferry companies in the UK.

Compass were pleased to be shortlisted for Marketing & PR Effective at the 2015 Isle of man Newspapers Awards for Excellence this November - a fantastic recognition for the hard work and dedication which has gone into making Compass what it is today!

It’s not only our sales and marketing teams who have been busy – our development team have been enhancing the Compass product and we’ve also launched new mobile ticketing apps.

So having reflected over the last 12 months, I can say with conviction that it has been a fantastic time for Compass and indeed the team here at PDMS, and we would like to extend our thanks for supporting us and look forward to talking to you, meeting you and hopefully working with you over the next year and beyond.

Lastly, on behalf of all of us at PDMS, we hope you have a wonderful Christmas